Let's talk about Azure autoscaling feature. I found often people that are configure autoscaling without understanding what each item from the configuration panel represents. 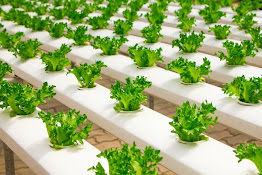 One of my friends called me a few days ago telling me that the scaling configuration of the App Service that he manages does not work as expected and there might be a bug. It is not common to find such issues on autoscaling capabilities, because of this I suspected from start a miss-configuration.

The reported problem was related to how fast the no. of instances are growing. After reviewing the configuration I notified that the cooldown time period was configured wrong.

Let's start with an example. We have autoscaling configured for a web app that is using Standard App Service Plan. The scaleout is configured with the following configuration:

The problem with this configuration was that after first scaling, every 20 minutes the rules were run again, and a scaling action was taken. Because of this, the no.of instances was all the time changing.
The misconfiguration was at the cooldown value, which was set to 20 minutes and was triggering the check fo the rules every 20 minutes. The wrong assumption was that after the cooldown period, Azure will wait for another 40 minutes to check the rule no. 1, 120 minutes to check the rule no. 2 and 60 minutes for rule no 3.
The way how cooldown is working is that after the given interval (in our case 20 minutes) the rules are checked one more time. The solution was simple, just changing the value of cooldown from 20 to 60 minutes.
Cooldown - The amount of time to wait before the rule is applied again so that the autoscale actions have time to take effect.
TAKE AWAY
The rules that are configured to scale out or scale in are checked each time after the cooldown period passes away. It is important to identify a time interval for the cooldown period that suits your needs, especially when the time interval for scale-out and scale in are longer.